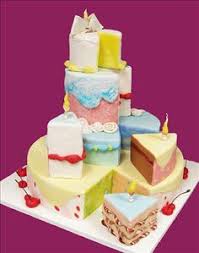 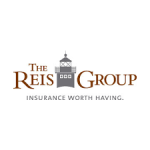 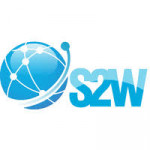 Colette Peters has been the owner of Colette’s Cakes, a specialty cake company in New York City, since 1989. After earning a bachelor’s degree in painting, she moved to New York to earn her Master’s degree in painting from Pratt Institute. She then worked as a designer for Tiffany & Company for 8 years. While at Tiffany & Co. she made cakes for her co-workers, and was then asked in 1984, to design cakes for the books Tiffany Taste and The Tiffany Wedding, where she created ground breaking cake designs, such as the crooked cake and the gift box cake. This exposure led to a contract to write a book.

Colette has since written five books on cakes and cake decorating, Colette’s Cakes: The Art of Cake Decorating (1991), Colette’s Christmas (1993), Colette’s Wedding Cakes (1995), and Colette’s Birthday Cakes (2000), all published by Little, Brown & Company. Her fifth book, Cakes to Dream On (2004), is published by John Wiley & Sons.

Her unique cakes have been featured in a variety of media. Colette has appeared on the Oprah Winfrey Show, the Food Network, CBS This Morning, The Today Show, Good Morning America, The Discovery Channel, CNN, and Lifetime Television. Colette has also participated as a contestant and a judge on many Food Network Challenges, including the first Wedding Cake Challenge and the Mystery Cake Challenge, both of which she received a first prize of $10,000. In 2010, she won first prize on TLC’s Ultimate Cake Off, also receiving $10,000.

She has also created cakes for films, Broadway plays, television, and commercials. In 2007 she was voted one of the 10 Best Pastry Chefs in the USA, and was given the Trendsetter of the year award by Modern Bride magazine. In 2010, she was given the honor of being chosen one of the 10 best cake designers in America by Pastry Design magazine

In 1990, Colette began teaching cake decorating and has traveled throughout the United States, Brazil, and Europe sharing her expertise. She has instructed students at the Culinary Institute of America in California, the French Culinary Institute, The French Pastry School, The Wilton School, L’Academie de Cuisine, the Notter School of Pastry Arts, the World Pastry Forum, and the califonia cake club’s Cake Camp.. Colette has also participated in the Disney Food and Wine festival and has lectured at the Degustibus series at Macy’s in New York City. She participated in the 2011 South Beach Food and Wine festival.

In 2004 Colette started her own school in New York City where she teaches cake decorating when she is not traveling. She has been awarded the prestigious Distinguished Visiting Chef Award from Johnson and Wales University, and is a member of ICES, the Baker’s Dozen East, and the New Jersey Cake Artist’s Guild.