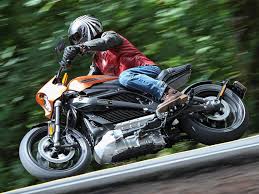 Presents 127 of the best Zen artworks (Zenga) from over 560 pieces covering the entire spectrum of the genre, both chronologically and thematically. The renowned collection was assembled by Dr. Felix Hess, assisted by Professor John Stevens, an acknowledged authority on the painting, calligraphy, and poetry of Zen. Acclaimed exhibits of Kaeru-An Zenga have been mounted at the Museum of East Asian Art in Berlin, the Bochum Museum of Contemporary Art in Germany, and most recently at the Villa Empain in Brussels, with upcoming major exhibitions planned at the Czech National Museum in Prague and the Rijksmuseum, Amsterdam.

Each artwork selected for Seeing Zen is presented on a full page in full color, with accompanying Japanese text from the artwork, English translation, and a contemplative commentary. The Zenga are organized in sections, each with a brief introduction, based on shared traditional motifs and themes: Enso (Zen circles), Daruma, Patriarchs and Matriarchs, Folk Gods, Zen Practice, etc., and of course, stunning calligraphies.

John Stevens, a Zen priest, was professor of Buddhist studies and Aikido instructor at Tohoku Fukushi University in Japan, where he lived for 35 years. Stevens is the author of over 40 books on Zen artists, their poetry, painting, and calligraphy, as well as on Aikido, swordsmanship, and other Japanese martial art traditions.

Felix Hess, born in the Netherlands, has a PhD in physics and mathematics. He spent some years in Australia researching a variety of subjects, including boomerangs and frogs, which led him toward creating art installations based on sound and movement. Often invited to Japan as an artist in the 1990s he became interested in Zen and began collecting Zenga.