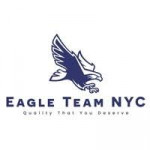 “The design hasn’t changed since 1905, ” observes Putnam’s friendly, sandy-haired president, Gregg Monsees.But customers have. Putnam have always made rolling ladders for residential use, but for half a century those orders mostly came from a few high-brow architectural firms like McKim, Mead and White, who designed wood-paneled home libraries. From the 1920s through the 1970s.

Putnam’s biggest customers were the phone company, dry-goods stores, and clothiers like Brooks Brothers.In the late 1970s, industry orders slowed to a trickle. “But we got lucky, ” notes Monsees, recalling that the building and renovation boom started about the same time. Unlike AT&T, homeowners wanted to climb to the top in style. Before 1980, Putnam made all their ladders from red oak. Today, they also offer ladders in cherry, ash, hickory, beech, walnut, birch, maple, teak, and mahogony.