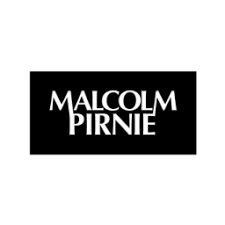 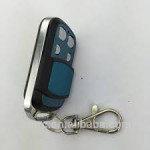 Malcolm Pirnie, Inc. has been in the business of cleaning water and wastewater for more than 100 years. Named after one of its pioneering sanitary engineers, the company is management-owned, with its corporate headquarters located north of New York City in White Plains, New York.

Over the years, Malcolm Pirnie has moved beyond water services to offer a wide range of solutions to environmental problems, working for both the public and private sectors, in the United States and around the world. The company’s staff of more than 1,300 engineers, scientists, architects, and consultants service at least 3,000 clients.

The forefather of Malcolm Pirnie was one of the country’s first sanitary engineers, Allen Hazen. He was born on a Vermont farm in 1869 and earned a B.S. from the New Hampshire College of Agriculture and the Mechanic Arts before studying sanitary chemistry at Massachusetts Institute of Technology (MIT). At the time, there were very few students interested in the field of sanitary engineering and little recognition for the importance of the field.

It was only in the 1870s that Dr. Robert Koch and Dr. Joseph Lister proved that microorganisms in water supplies could cause disease. In 1886 the Massachusetts legislature voted to protect the purity of the state’s inland water, and as a result the Board of Health established an experiment station in Lawrence to conduct research on water purification and sewage treatment.

This move represented a major step in the growth of the sanitary field. Although he was not yet 20 years old, Hazen was named the facility’s first director. The group conducted research on the effect of sand filters on treating sewage and improving municipal water supplies, which in addition to being troubled by poor taste and a disagreeable odor often spread deadly diseases such as typhoid and cholera.

These filters were essentially large patches of land, an acre or two in size, where water or sewage would seep through layers of sand to remove impurities. Europe led the way in this technology. By the end of the 1800s, some 11 million people in England would be supplied by filtered water, 4.6 million in Germany, 1.4 million in Holland, and more than three million in other European countries.

Hazen gained further recognition for his work on sewage disposal at the World’s Columbian Exhibition at Chicago in 1893.

He then traveled around Europe and studied at the Dresden Polytechnic Institute, accumulating experiences that contributed greatly to the writing of his first book, The Filtration of Public Water-Supplies, published in 1895. In that same year, he returned to the United States and teamed up with another sanitary engineer, Alfred F. Noyes, to open a private consulting practice in Boston, specializing in the design of large municipal filtered water systems.

When Noyes died the following year, Hazen continued the business alone. He moved his offices to New York City in 1897 to work on the first modern filtration system in the United States, a slow-sand water-filter plant in Albany that treated the highly polluted Hudson River. Within a year, deaths in Albany caused by typhoid fever fell by 80 percent.

It was a time of considerable advances in the field. Sanitary engineers would then introduce coagulating agents and settling basins to eliminate some solid matter before water reached the new rapid sand filters, which could process much higher volumes than previous systems. Chlorine also was introduced in the early 1900s to fight disease.