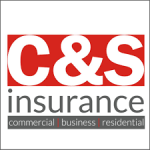 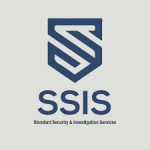 The Company is a pioneer in laying down systems for smooth and orderly conduct of the business. The strength of the Company lies in its highly trained and motivated work force that covers various disciplines and has vast expertise. Oriental specializes in devising special covers for large projects like power plants, petrochemical, steel and chemical plants. The Company has developed various types of insurance covers to cater to the needs of both the urban and rural population of India. The Company has a technically qualified and competent team of professionals to render the best customer service.

Oriental Insurance made a modest beginning with a first year premium of Rs.99,946 in 1950. The goal of the Company was “Service to clients” and achievement thereof was helped by the strong traditions built up overtime.

ORIENTAL with its Head Office at New Delhi has 30 Regional Offices and nearly 1800+ operating offices in various cities of the country. The Company has overseas operations in Nepal, Kuwait and Dubai and has a total strength of around 13500 employees. From less than a lakh at its inception, the gross premium went up to Rs.58 crores in 1973 and at the end of the year 2017-18 the premium figure stood at Rs.11452  crores.