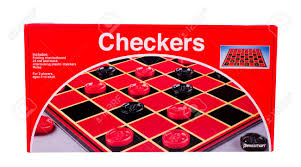 Family owned and operated, Pressman Toy Corporation is America’s third largest games manufacturer. In addition to corporate offices located in Manhattan, Pressman operates a factory in New Brunswick, New Jersey, which produces some 85 percent of its products. Over the years, the company has shrewdly licensed popular film and television properties in order to develop and market best-selling games and other toys, including Disney’s Snow White in the 1930s, The Mickey Mouse Club in the 1950s, hit television game shows Wheel of Fortune in the 1980s and Who Wants to be A Millionaire? at the end of the 1990s, and more recently Spiderman, the successful film based on the comic book hero. The company is run by the second generation of the Pressman family.

After serving in the military during World War I, Pressman’s founder, Jack Pressman, returned home to launch a Brooklyn toy company. As the nation’s economy heated up and his business flourished, in 1925 he took on a partner, Max Eibetz, to look after the factory while he concentrated on merchandising. J. Pressman & Company’s first major success was the 1928 acquisition of the rights to Chinese Checkers, a game that in fact had nothing to do with China. It was an odd (hence “chinese”) variation of the game Halma, purportedly invented in England during the 1880s and played on a square board rather than the star shape employed by Chinese Checkers. Whatever the truth of its origins, Chinese Checkers proved to be a boon to the fortunes of Pressman, and the company continues to sell the game today. Pressman added other indoor games, such as table tennis sets, as well as building sets and sewing kits for children’s role playing and outdoor items like ring toss and golf.

In the 1930s, Pressman was one of the pioneers in the toy industry in licensing comic strip and film properties. In particular, the company launched a number of products based on Walt Disney’s hugely popular movie Snow White and the Seven Drawfs, the first feature-length animated film. Also in the 1930s, Pressman sold licensed toys based on Little Orphan Annie, a newspaper comic strip created by Harold Gray in 1924. Another comic strip that Pressman licensed was Dick Tracy, launched by cartoonist Chester Gould in 1931.

Pressman reached a turning point in 1942 when Jack Pressman married Lynn Rambach, who became an active participant in the business. Within five years, Eibetz was out, the partnership dissolved, Lynn Pressman appointed vice-president, and the company renamed Pressman Toy Company. In addition, the business left Brooklyn for a larger, modern plant in Patterson, New Jersey, and executive offices in Manhattan. It was Lynn’s influence that led to another major success for the company, the 1956 debut of the Doctor Bag, developed as a way to help children overcome their fear of doctors. Its success led to the introduction of the Nurse Bag, followed by licensed items that drew on the popularity of the Barbie Doll: the Barbie Nurse Bag and the Ken Doctor Bag. Also during the 1950s, Pressman took advantage of other licensing opportunities. It again teamed up with Disney, this time drawing on the new medium of television and another Disney success, The Mickey Mouse Club. A long line of Mickey Mouse club products were offered throughout the decade, as well as other Disney licensed items.

Jack Pressman’s health began to fail in the 1950s, leading to his death in 1959. His widow took over as president, becoming one of the era’s few women to serve in a top management position in the toy industry, the others being Ruth Handler, co-founder of Mattel and inventor of the Barbie Doll, and Beatrice Alexander, the founder of the Alexander Doll Company. Lynn Pressman served as president of the company for the next 20 years. Under her leadership, Pressman became one of the first toy makers to advertise a game on television and to hire fashion designers to design game boxes. She also continued the company’s success with licensed products, including Superman and Lone Ranger games, a product based on the work of television puppeteer Sheri Lewis, and the Big League Action Baseball product, associated with such popular players of the period as Roger Maris, Carl Yastremski, and Tom Seaver.