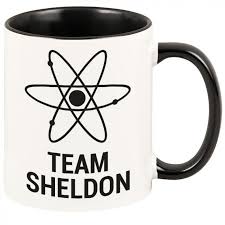 Despite the jab at the fans and team, who both pegged the 2013 NFL Defensive Rookie of the Year and 2014 Pro Bowler for stardom, Richardson said playing the team he spent his four seasons with — and was traded from — held no significance.

Being in the visitors’ locker room wasn’t strange because he’d been there to face the Giants — while on the Seahawks — last season. And being part of a dominant defensive performance against former teammates and coaches supposedly made Sunday’s win no sweeter.

“I’m just happy to win. Went out there and had a ball, playing against my old teammates, and friends. It’s always love but definitely wanted the ‘W.’ ”

Darnold made getting the win easier, with Minnesota’s defense forcing four turnovers from the rookie.

“They kind of served them up on a platter,” Richardson said. “It wasn’t really hard.”

What’s been harder for Richardson is dominating like he did at the start of his career. Since recording 16.5 sacks in his first three seasons with the Jets (43 games), Richardson has recorded 3.5 over the past two-plus seasons (36 games).

But even with the falling production, the 27-year-old could finally reach the playoffs for the first time in his career, having signed a one-year deal in the offseason to join a team that fell one win short of last season’s Super Bowl.

“We’re winning. That’s about it,” said Richardson, when comparing playing for the two teams. “That’s the only difference.”