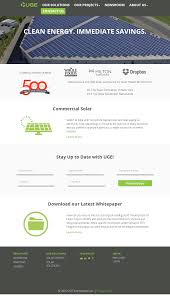 On The Level Enterprises

UGI was incorporated in 1882 as United Gas Improvement Co.

In 1903, the company owned the majority of the stock of the Equitable Illuminating Gas Light Company, which operated the Philadelphia Gas Works

In October 1964, Industrial Gases, Inc., of Pittsburgh, Pennsylvania, filed an antitrust suit in United States district court charging the company with attempting to eliminate competition in sales of bottled propane gas in Pittsburgh.[6] The Philadelphia Gas Works division of UGI challenged a ruling of the Federal Power Commission. The FPC lowered the maximum price that natural gas producers could charge to $0.16 per 1,000 cubic feet (28 m3) of gas. This mandate was upheld by the Supreme Court of the United States in May 1968.

In February 1968, the company changed its name to UGI Corporation. In 1993, through its AmeriGas subsidiary, the company acquired Petrolane, which was in bankruptcy In 1999, the company offered to acquire Unisource Worldwide, a distributor of office paper, but it was outbid by Georgia-Pacific
On April 1, 2013, John Walsh succeeded Lon Greenberg as president and chief executive officer